US will get closer to its goal of halving GHGs by 2030 with Democratic measures, Schumer

A US Senate analysis of a bipartisan infrastructure legislation and an upcoming filibuster-free budget resolution concludes the two bills could bring the US closer to its goal of halving GHG emissions by 2030, and a decarbonized power sector by 2035.

"In our analysis of the combined impact of both the Infrastructure Investment and Jobs Act and the Budget Resolution's instructions, we are on track to reduce US emissions to approximately 45 percent beneath 2005 levels by 2030," US Senate Majority Leader Chuck Schumer wrote in a 25 August letter to his colleagues in the chamber.

Schumer's letter was sent a day after the US House of Representatives on 24 August passed a $3.5-trillion budget blueprint in spending over the next 10 years on a 220-212 vote, which was strictly along party lines. The Senate on 10 August had passed the bipartisan infrastructure bill that contained $500 billion in new funds for clean energy projects such as building a network of electric vehicle charging stations and modernizing the nation's electricity grid to handle the influx of renewables.

In that letter, Schumer singled out two programs—the clean electricity payment program, which would require a stipulated amount of retail electricity sales to come from clean sources; and the US Senate Finance Committee's clean energy and tax incentives—as contributing 41.9% of the estimated reductions.

An additional 15.7% reductions in GHGs would be realized from clean vehicle incentives, and 9.1% more from imposing fees on oil and gas producers who vent, flare, and leak methane, according to the Senate analysis.

Calling it "the most significant investment in tackling the climate crisis in US history," Schumer said there is no time to waste as the latest United Nations Intergovernmental Panel on Climate Change report provides evidence for taking immediate action. 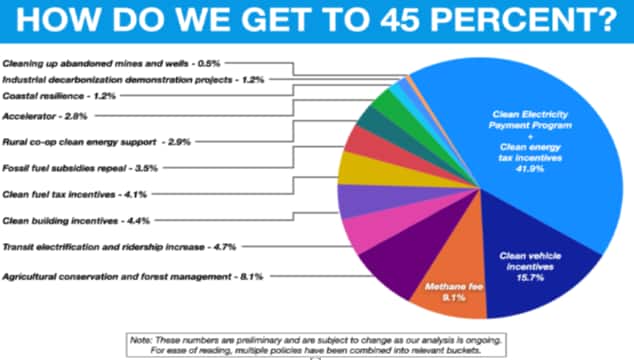 Notwithstanding the interference in economic activity brought by the COVID-19 pandemic, a State of the Climate Report—released 26 August and compiled by the US National Oceanic and Atmospheric Administration's National Centers for Environmental Information—said major greenhouse gas concentrations, including CO2, methane (CH4), and nitrous oxide, rose to "new record high values" during 2020.

"At the same moment that historic drought and wildfire threaten the West and powerful floods and hurricanes impact large swaths of our country, we are on the precipice of the most significant climate action in our country's history. I do not believe we have the luxury of failure if we are to provide a good future for ourselves and our children," Schumer wrote. 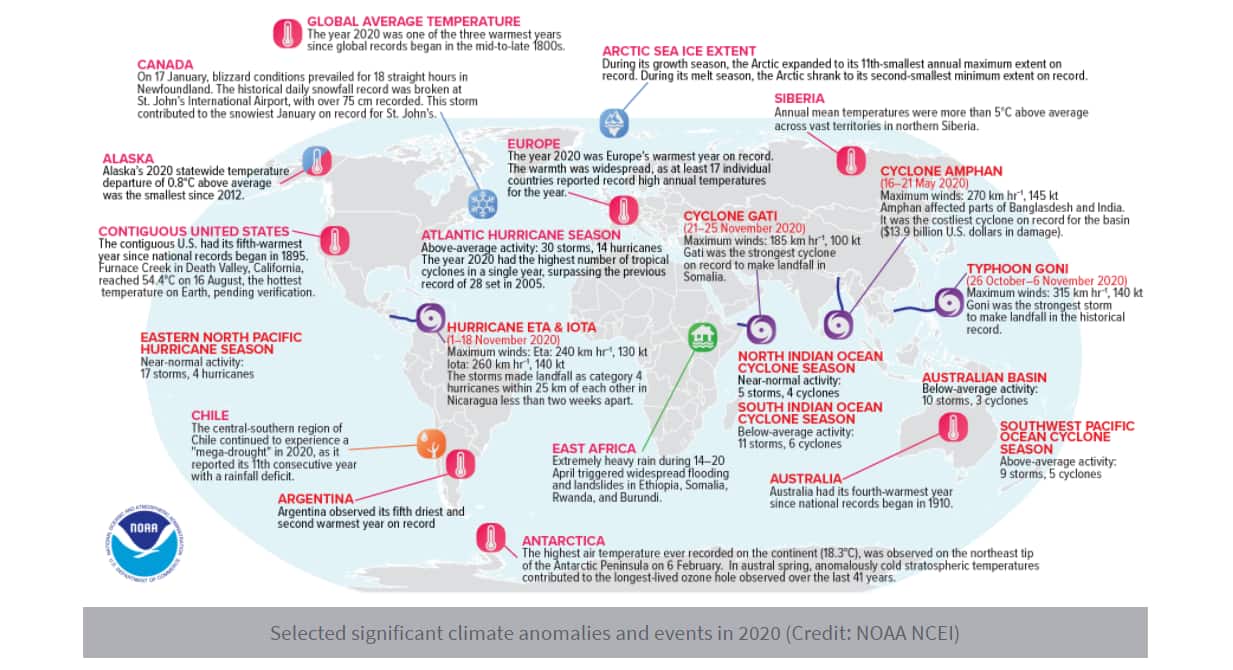 Another report, released on 25 August by UK-based climate group Ember, said that global GHG emissions from the power industry increased by 12% in the first half of 2021 from the same period in 2020, owing to countries that are eager to rejuvenate their faltering economies. But this leaves emissions in the first six months of 2021 at 5% above the levels of the comparable time in 2019, a trend going in the wrong direction.

Prior to the vote on the House budget resolution, US Representative Frank Pallone, Democrat-New Jersey who chairs the US House Energy and Commerce Committee, said Biden's Build Back Better Agenda will allow the US to create millions of new, homegrown jobs and combat the climate crisis by aggressively investing in clean energy and clean technology. "And the moment is here to invest in a more advanced and resilient economy and towards a 100 percent clean economy," he added.

During her 25 August press conference, House Speaker Nancy Pelosi, Democrat-California, said the resolution is "addressing the climate crisis in a way that was not addressed at all in the infrastructure bill" that the US Senate passed in July.

Pelosi reached a deal with a handful of Democratic moderates under which she promised to consider Senate-passed bipartisan infrastructure legislation by 27 September.

Much like its Senate counterpart, the House budget resolution paves the way for a reconciliation measure, which the Senate and House expect to approve in coming weeks without requiring President Joe Biden's signature.

Such a measure provides a fast-track process to for the House and Senate to reconcile additional tax and spending bills they plan to take up this fall to advance Biden's Build Back Better agenda to tackle climate crisis and update the nation's infrastructure among other social programs in the upcoming fiscal year, which begins 1 October. The measure contains specific changes in spending, revenues, deficits, and debt limits.

The budget resolution contains a set of instructions to committee chairs to consider clean energy and environmental initiatives that Democrats in Congress expect to pay for through tax increases, including a carbon polluter import fee similar to what the EU intends to impose.

Aside from authorizing a clean electricity payment program and a series of clean energy, manufacturing, and transportation tax incentives and grants, the resolution contains the following top climate and clean energy items:

One twist that drew criticism related to rural electric cooperatives, which sold 466 billion kWh, or 12% of the US electricity delivered to 42 million consumers in 2019. As the legislation is now written, rural co-ops cannot take advantage of tax incentives that members of Congress are considering because of their tax-exempt status as nonprofits.

In a 23 August letter, Jim Matheson, CEO of the National Electric Rural Cooperative Association (NRECA), urged US Congress to amend the tax code so they can receive direct tax payments for developing wind, solar, energy storage, carbon capture and storage, as well as nuclear energy. Matheson also called for a voluntary incentives program, of up to $30 billion, to enable NRECA members to shift towards low-carbon solutions based on their needs. He said a clean energy standard, in contrast, would jeopardize the ability of co-ops to provide reliable and affordable electricity and place "a disproportionate burden" on the people who rely on them.

The American Clean Power Association (ACP), which backs a federal clean energy standard that puts the country on the path to meeting a national clean energy target, noted that a record-setting 9.9 GW of new clean energy projects that are enough to power 2.5 million homes were installed in the first six months of 2021.

IHS Markit estimates about 30 GW of renewable installations will be completed in 2021, which analysts say is in line with what the ACP is seeing.