US to increase lightbulb efficiency requirements in 2023

Continuing its all-of-the-above approach to carbon emissions, the Biden administration announced new efficiency standards for incandescent and halogen incandescent lightbulbs on 26 April, saying that they will go into effect next year.

The US Department of Energy's (DOE) regulations will ensure that all commonly used lightbulbs—an estimated 5.5 billion in US homes and other buildings—will have a minimum efficiency of 45 lumens per watt, a measure of how much visible light is produced for a given amount of electrical power.

DOE said the new general service lamp (GSL) standards will reduce CO2 emissions by 222 million metric tons (mt) over 30 years. It's one of six efficiency standards for household products that is expected to be issued in the next two months, according to the Appliance Standards and Awareness Project (ASAP) and American Council for an Energy-Efficient Economy (ACEEE). Standards for commercial water heaters, home furnaces, clothes dryers, and pool pump motors all are scheduled for revision by mid-June. 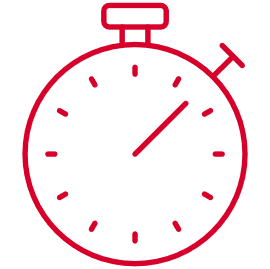 "Improving energy efficiency is one of the pillars of a climate strategy to get you to net-zero. And guess what? You can do it while reducing costs to consumers," said Andrew deLaski, ASAP executive director, in an interview with Net-Zero Business Daily by S&P Global Commodity Insights.

As more energy-efficient LEDs have come down in price, they now represent the largest share of US sales, but incandescent bulbs still account for about 30% of the market.

"By raising energy efficiency standards for lightbulbs, we're putting $3 billion back in the pockets of American consumers every year and substantially reducing domestic carbon emissions," added Secretary of Energy Jennifer Granholm in a statement.

The GSL rules will be published in the Federal Register this week, and DOE will hold an informational hearing on 4 May.

President Donald Trump's DOE canceled the regulations, which were to have gone into effect on 1 January 2020. In justifying the rollback in 2019, then-Secretary of Energy Dan Brouillette emphasized "consumer choice" and avoidance of "overregulation by the federal government."

DOE has returned to the 2017 plan, with two rules. The first rule declares that "backstop" legislation created by Congress in the 2007 rule has been triggered. This set the efficiency standard at 45 lumens/watt if DOE did not set a higher standard. Most LEDs are well above 45 lumens/watt, deLaski said.

ASAP, ACEEE, and the Natural Resources Defense Council (NRDC) were among many groups that praised the new rule, while lamenting its delay. "We are long overdue to phase out inefficient old-fashioned light bulbs as this progress was illegally delayed by the Trump administration for more than two years. LED bulbs, which will replace the old incandescents, use one-sixth the amount of energy to deliver the same amount of light and last at least 10 times longer," said NRDC Energy Efficiency Advocate Joe Vukovich.

While removal of incandescent bulbs from sale is important, deLaski said there's a complementary benefit: having LEDs more widely available. "It's been hard to get dollar stores, convenience stores, and supermarkets to offer a full range of LEDs. Home improvement [Home Depot, Lowe's, ACE Hardware] stores have been better," deLaski said.

But since the elderly and poorer people are more likely to shop at a dollar store or convenience store, they have been missing out on efficient choices, deLaski said. "For a household with 20 lightbulbs, shifting from incandescents to LEDs will save $1,000 in a decade. That's real money, especially for a poor household … so that's why reaching that last 30% [of sales] is really important for driving the benefits of cost and efficiency," he said.

The National Electrical Manufacturers Association (NEMA), which had fought the rule, is now onboard as well. NEMA had written to DOE in 2017 to seek rescission or a delay of the standard and had sued to stop its implementation, but it issued a statement on 26 April saying that it "appreciates … adoption of a more manageable compliance timeframe" and that LED lightbulbs are "an unqualified success.''

Lightbulbs should be seen within the suite of energy efficiency actions being undertaken—and that can be done—by the Biden administration, say advocates.

On the investment side, the infrastructure bill passed in 2021 includes efficiency funding such as $3.5 billion for weatherization programs and $500 million to states to make efficiency grants.

On the regulatory side, DOE sets efficiency standards for about 60 categories of products used in the home, which deLaski said covers about 90% of home energy use. In the Unified Agenda of Regulatory and Deregulatory Actions, updated most recently in December, DOE said it is working on new standards in about 50 of those product categories.

ASAP and ACEEE conducted a study last year that found improvements to appliances in the home, including lightbulbs, are second only to raising vehicle fuel economy (which the National Highway Traffic Safety Administration did on 1 April) in potential efficiency and emissions impact. Updating standards for 47 products such as furnaces, water heaters, fans, showerheads, and lightbulbs—all of which DOE is required by law to review every six years—could reduce cumulative CO2 emissions through 2050 by 1.5 billion mt to 2.9 billion mt.

For context, US GHG emissions are about 5.2 billion mt per year, according to the Energy Information Administration.

Cumulative utility bill savings through 2050 as a result of the efficiency measures would be $1.1 trillion, ASAP and ACEEE found. "Peak electricity demand would be reduced by almost 90 GW by 2050, which is equivalent to about 13% of current total peak demand, enabling faster decarbonization of the electric grid at a lower cost," the report found.

"It almost gets forgotten," said deLaski, "but any comprehensive analysis of reaching net-zero emissions includes a huge amount of energy efficiency."