01 July 2021 Amena Saiyid
US President Joe Biden signed legislation on 30 June to overturn a regulation set during President Donald Trump's administration that weakened methane emissions curbs on new oil and natural gas production and processing sites. Calling it "a return to common sense and commitment to the common good," Biden said the rule will result in greater methane reductions from the oil and gas industry, byond the industry's voluntary programs. "[President Barack Obama] in 2016 and I put in place a rule that required that companies capture methane leaks from the wells they were digging. Well, guess what, they didn't," he said.

Biden's signature came quickly after the US House of Representatives used the Congressional Review Act (CRA) on 25 June to revoke the 2020 regulations.

A total of 12 Republicans joined 217 Democrats in a 229-191 vote to pass the CRA resolution (S.J. Res. 14) t. The CRA is an oversight tool that allows US lawmakers to introduce a resolution to overturn recent federal regulations on a simple majority vote.

The resolution has the effect of reinstating the first-ever federal standards set in 2016 to plug releases of methane and volatile organic compounds (VOCs) from oil and gas production processing wells as well as leaks of the highly potent GHG during storage and transportation.

More methane-related rules could be coming. Biden also ordered the US Environmental Protection Agency (EPA), which is charged with writing and enforcing federal air pollution regulations, in a 20 January executive order to strengthen the 2016 regulations for both existing and new sources by September. The EPA, however, has indicated in its regulatory agenda that a proposal will be forthcoming a month later than the order.

Crafted by EPA under Trump, the September 14, 2020 "review" rule targeted by the CRA made two revisions to the 2016 regulation. First, the EPA took methane out of the equation entirely through a "novel" reading of the Clean Air Act, which required it to first determine "that the pertinent pollutant causes or contributes significantly to dangerous air pollution."

The EPA's second revision to the 2016 regulation, which came out a day after the first one in 2020, targeted smog-contributing VOCs from new oil and gas production and processing wells, but this remains unaffected by the congressional action.

"Methane is a potent climate-disrupting greenhouse gas that is responsible for approximately one-third of our warming and resulting climate disruption," US House Energy and Commerce Committee Chairman Frank Pallone, Democrat-New Jersey, reminded members of the chamber prior to the vote.

"And the greatest and most cost-effective way to curb methane pollution over the next decade is through the fossil fuel sector, which is the largest industrial source of methane emissions in the United States," he added.

BP America immediately issued a statement in favor of the congressional resolution, saying the company supports "the direct federal regulation of methane from new and existing sources across the value chain."

"Keeping methane in the pipes is good for the planet and for business. It means that we can sell it as a cleaner fuel source rather than losing it," Mary Streett, senior vice president of bp communications & advocacy Americas, wrote.

After the vote, the American Petroleum Institute (API) also tweeted in support of "cost-effective policies and direct regulation to achieve further methane emission reductions from new and existing sources."

Environmental groups praised the passage of the resolution, saying EPA will now have the opportunity to swiftly move forward with stronger rules for new sources as well as existing ones.

However, the nonprofit Earthworks said reinstating the Obama-era regulations is not enough to reach Biden's goal of reducing GHG emissions by 50-52% by 2030 compared with 2005 levels.

"Even if they were applied to existing sources (the Obama rules only applied to newly permitted sources), the Obama rules would only cut methane pollution by 20%," the group said, advocating for more frequent leak detection and repairs to oil and gas wells that are leaking methane.

Lauren Pagel, director of Earthworks, said the EPA should use the full power of the Clean Air Act to reduce methane emissions from oil and gas by 65% compared with 2012 levels, or 7.8 million mt, by 2025. Pagel's recommendation was based on a December 2020 white paper on methane regulation released by another environmental nonprofit, the Clean Air Task Force (CATF). 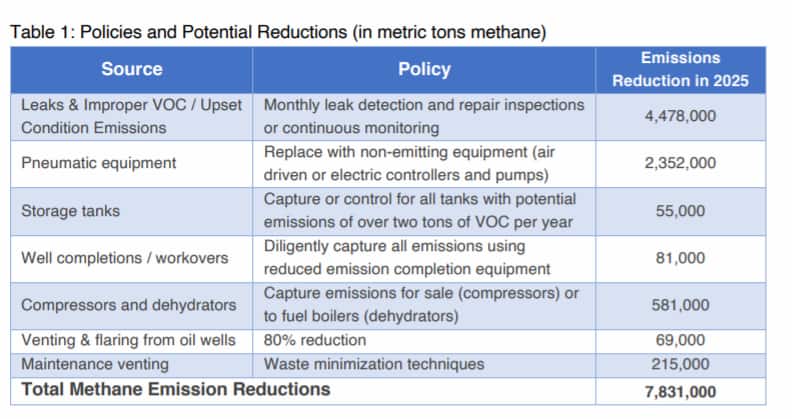 Since there were never any methane rules for existing oil and gas wells, the EPA gets a chance to start with a clean slate, Sarah Smith, program director for super pollutants at CATF, told Net-Zero Business Daily 25 June, following the House vote.