Renewable sources generated 43.6% of Spain's electricity in 2020, their largest share since the nation began keeping records in 2007, according to a report issued in December by Red Eléctrica de España (REE), which operates the country's power grid.

The balance of power generation in 2020 (7.6%) consisted of solar thermal, biomass and other renewables, and fuel oil and other fossil fuels.

Despite the economic slowdown due to the coronavirus pandemic, Spain added 2,706 megawatts (MW) of wind and solar PV power capacity in 2020. According to REE, Spain's installed power capacity currently stands at 109,674 MW, of which 53% is renewable.

Spain's Integrated National Energy and Climate Plan has a goal of 74% of electricity from renewable sources by 2030. This plan was buttressed in July 2020 by the Royal Decree-Law 23/2020.

According to law firm Osborne Clarke, the new decree makes a number of changes that will make it easier for clean energy facilities to gain access to the electric grid. These include updates to the annual bidding process to supply renewable power; speedier authorization of "non-substantial" modifications to power facilities; and enhancements to energy-efficiency quotas, which are applied to fossil fuel producers and large users.

In an analysis of the new decree, IHS Markit said Spain's intent is to put an end to speculative use of grid capacity that has tied up transmission without guaranteeing that renewable energy projects will be built. "Under Royal Decree Law 23/2020, developers with grid access permits are bound to the completion of certain milestones, limiting total development time to five years," the analysts said in an August report.

Since January 2019, IHS Markit said, 136 GW of potential renewable capacity has received grid access, with an average application rate of 30 GW per month.

IHS Markit forecasts strong growth for renewables over the next five years (see graph), helped in part by new regulations and investments as part of the country's post-pandemic economic recovery plan. 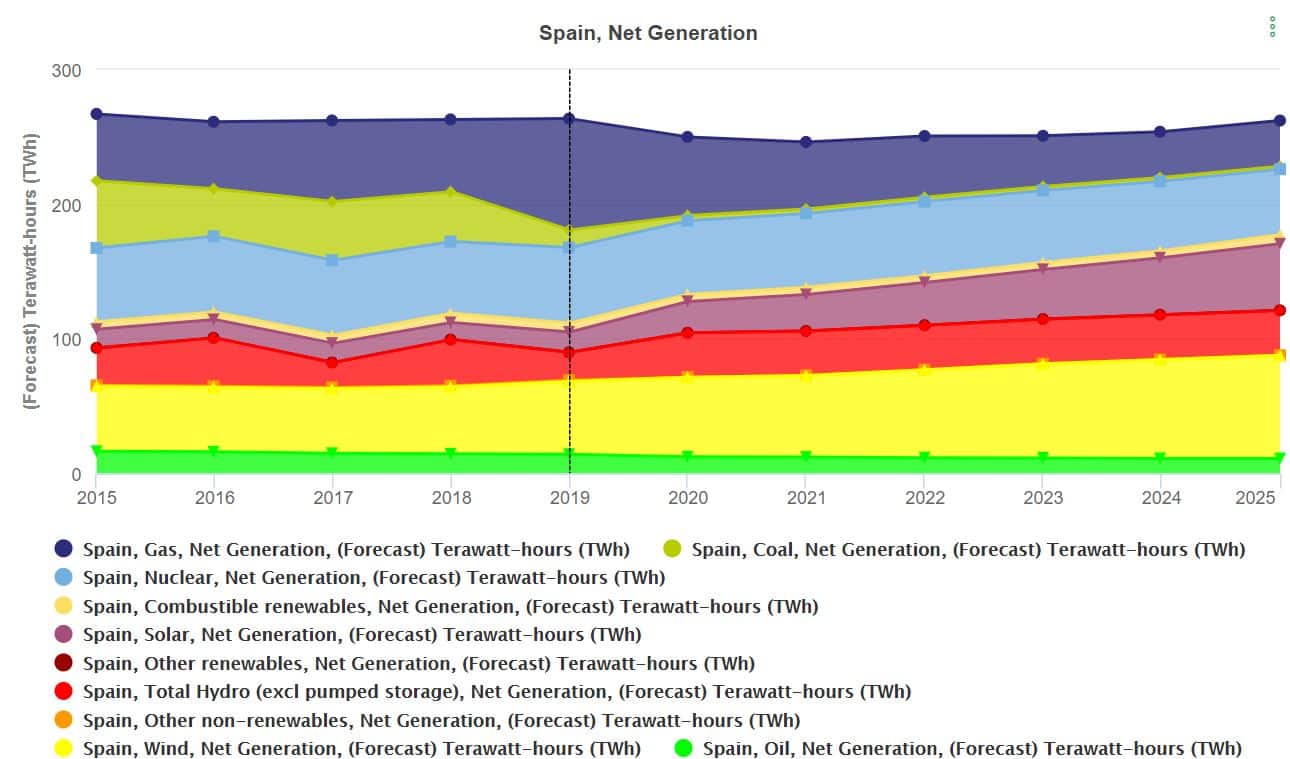 In 2019, Spain's government signed an agreement with energy producers to phase out coal-fired generation by 2030 and nuclear power by 2035. One issue for the country, according to IHS Markit, is an excess of gas-fired power capacity, and rules that make it illegal to retire or mothball a gas plant for economic reasons.