The prospects for a blossoming of floating solar generation capacity in Indonesia accelerated over the past couple of weeks, including construction starting on the nation's biggest facility to date and the unveiling of plans for a project over 10 times the current recordholder's size.

Such developments are representative of a wider flowering of floating solar prospects across the globe since the start of 2021, especially in Asia, IHS Markit Senior Research Analyst Christine Beadle told Net-Zero Business Daily.

In Indonesia, floating solar is set to form part of a wider, technology-agnostic push into renewables, as the world's largest coal exporter seeks to expand its generation fleet to meet the growing electricity needs of about 270 million people. Indonesia has the world's fourth-largest population.

The $140-million Cirata floating solar project is a joint venture between PLN and a unit of UAE-backed clean energy developer Masdar. Cirata is backed by a power purchase agreement signed in January 2020 with another unit in the PLN family. The developers say it is the largest floating solar project currently under construction in Southeast Asia.

Cirata is seen as the first of many floating solar projects by the Indonesian government. Deputy Minister of State-Owned Enterprises Pahala Nugraha Mansury said 3 August that Cirata would be a pilot for the development of renewable energy plants in other parts of the archipelago of 17,508 islands as Indonesia targets a 23% share of power generation for renewables by 2025.

However, the government of President Joko Widodo has lofty ambitions and is moving fast. In November 2020, the government set a 17 GW target for solar by 2035. And at the end of May, PLN's latest draft power supply plan, or Rencana Usahe Penyediaan Tenaga Listrik (RUPTL), called for 48% of the company's generation build in the coming decade to be renewable, up from 30% in the previous RUPTL.

At the end of July, those solar ambitions received a boost from a Singaporean company that has one operational floating solar project, but plans to expand in a manner that mirrors the Indonesian government's desires for the sector.

Sunseap Group on 21 July said it had signed memorandum of understanding with local development agency Badan Pengusahaan Batam (BP Batam) to build a 2.2-GW floating solar and energy storage system on a reservoir on Batam Island across the Singapore Strait from its homeland. The cost is estimated at around $2 billion.

For scale, the size of the project matched existing global floating solar capacity at the end of 2020, according to IHS Markit data. The 2.2 GW end-of-year total included 650 MW in 2020—a 60% year-on-year increase.

Sunseap plans to build the facility, which it believes would be the biggest floating solar project under development, on Duriangkang Reservoir—the largest reservoir on Batam Island and once a saltwater bay. Much of the energy will be consumed domestically on Batam, but the balance could be exported to Singapore, which is approximately 50 km away, via a subsea cable, Sunseap said. 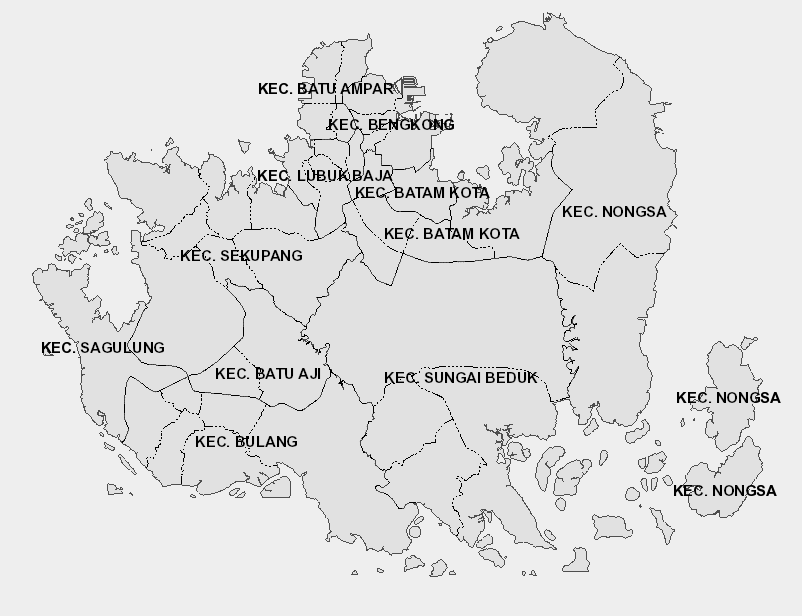 "This hyperscale project is a significant milestone for Sunseap coming soon after we had completed Singapore's first offshore floating solar farm along the Straits of Johor. We believe that floating solar systems will go a long way to address the land constraints that urbanized parts of Southeast Asia face in tapping renewable energy," Sunseap CEO Frank Phuan said in a statement.

Construction of the Duriangkang project is slated to begin in 2022 and is expected to be completed in 2024, the company said. Sunseap is a solar developer, owner, and operator with a portfolio of over 400 MW, of which 168 MW is online. Its operations span Vietnam, Cambodia, China, Taiwan, Japan, Thailand, and Malaysia.

The big question for floating solar developers globally is whether their projects can be executed in the timeframe quoted, say analysts.

Developers in Asia, for instance, really need to think about the logistics, especially the assembly and storage on land. Conversely, the reason floating solar is moving so fast in Southeast Asia is because of a lack of land.

"If you're quoting three years, and you haven't started construction yet, then you're not going to get it done on schedule," said IHS Markit's Beadle.

Such constraints and challenges come as the Indonesian government tasks PLN with adding 41 GW of total power capacity over the next 10 years in the green RUPTL.

Director General of Electricity of Indonesian Ministry of Energy and Mineral Resources Rida Mulyana told an Indonesian House of Representatives committee 25 May that "compared to the existing RUPTL which has a composition of 30% renewables and 70% fossil fuels, for 2021-2030 we have prepared a greener business plan."

The biomass plans have come under fire though. In June, Institute for Energy Economics and Financial Analysis Elrika Hamdi and Putra Adhiguna noted the path to net zero would require Indonesia to build an estimated 1.4 billion metric tons/year biomass industry by 2060 under certain government models, roughly 200 times the US' capacity as the world's largest biomass exporter.

With land being scarce in Southeast Asia, floating solar has an advantage over many of the alternative options.

Beadle's latest calculations foresee 16 GW of floating solar being installed globally over the next five years, with Asia Pacific accounting for 85% of that.

Solar is also attractive for Asian and Indonesian developers because the initial cost of projects is low compared with alternatives, and it's falling yet further.

The average levelized cost of energy (LCOE)—the lifetime cost divided by production—for solar PV in 2020 was $50/MWh, according to IHS Markit research released in July, a decrease of more than 50% compared with five years earlier. IHS Markit expects the cost of solar will further drop by 35% by 2030. Meantime, the benchmark LCOEs for coal and combined-cycle gas turbines in 2020 were $56/MWh and $64/MWh, respectively.

The knock on floating solar of being more costly is a fallacy, said Beadle. Cost-wise, floating solar is comparable to ground-mounted solar, depending on the site, at around 60 cents per Watt direct current, she said. The big picture is, she said, how much more power is the operator retrieving from a floating solar facility, and in most cases that figure is above 20% and can be as much as 30% due to the cooling of photovoltaic cells over water.

"Is it more expensive? Not really, when comparing large floating solar projects with ground mounts, as you can get a greater power yield from panels over water," Beadle said.

That is attracting Indonesia's neighbors. Thailand's Energy Generation of Thailand (EGAT) wants to build 2.7 GW of floating solar across a number of different projects. To the west, India—where the world's third-largest electricity consumer has its own renewable generation boom underway—has over 600 MW of floating solar capacity under construction and a development pipeline of nearly 4 GW, IHS Markit data show.

A floating array with a capacity of 1 GW is planned to be installed at the Indira Sagar Dam in Madhya Pradesh in central India, on the country's largest reservoir, according to the International Renewable Energy Agency. And in South Korea, a project with a target capacity of 2.1 GW behind the Saemangeum sea wall—a 33 kilometer man-made dike—on the country's west coast is on the drawing board.

Most of the really big floating solar projects will not be in one place though, unlike many other generation sectors, Beadle said, adding they could be all over a region. The same thing happens with multi-site ground-mounted projects, she said, adding that floating solar benefits from its modular adaptability.

Another advantage for floating solar, Beadle said, is the growing realization that drought is becoming more widespread and lasting longer, and that floating solar can aid the fight by inhibiting evaporation. Not only that, she said, but floating solar can continue to function if grounded on a dry reservoir bed.

Partly as a result of these reasons, IHS Markit analysts expect Indonesian renewable capacity to reach 109 GW by 2050, with solar accounting for 66% of this total.