A Brazilian government onshore wind auction 27 May is not expected to attract much demand, but that's because the opportunities elsewhere in South America's biggest renewable energy market are so abundant, sources say.

Portugal's GALP became the latest Western European oil company to head to Brazil to beef up its renewables portfolio as May began, more than doubling its global clean energy investments with the purchase of a 4.8-GW project pipeline.

GALP joins BP, Eni, Equinor, Shell, and TotalEnergies as a renewable asset owner in South America's largest economy after agreements with SER Energia and Casa dos Ventos added solar photovoltaic (PV) and wind projects across nine Brazilian states to its portfolio. The deals lifted its global renewable capacity pipeline to 9.6 GW, the company said 3 May. A company spokesman declined to say how much GALP paid for the Brazilian assets.

Brazil is attractive because of excellent natural resources for both wind and solar (see map below) projects and its growth potential, a source at one Western European investor said. In addition, Brazil's liberalized market has been expanded to retail consumers and electricity consumption is much lower per capita than in the EU, the source said.

The world's top five overall markets in 2021 for new installations were China, the US, Brazil, Vietnam, and the UK, according to the Global Wind Energy Council (GWEC). Brazil took third spot in onshore installations for a second year running. Abeeolica expects Brazil's overall onshore installed capacity to reach 33 GW by 2026.

On top of that, electricity consumption rebounded more than 5% in 2021 following the COVID-19 pandemic and will grow 3% a year over the next decade, according to S&P Global Commodity Insights. 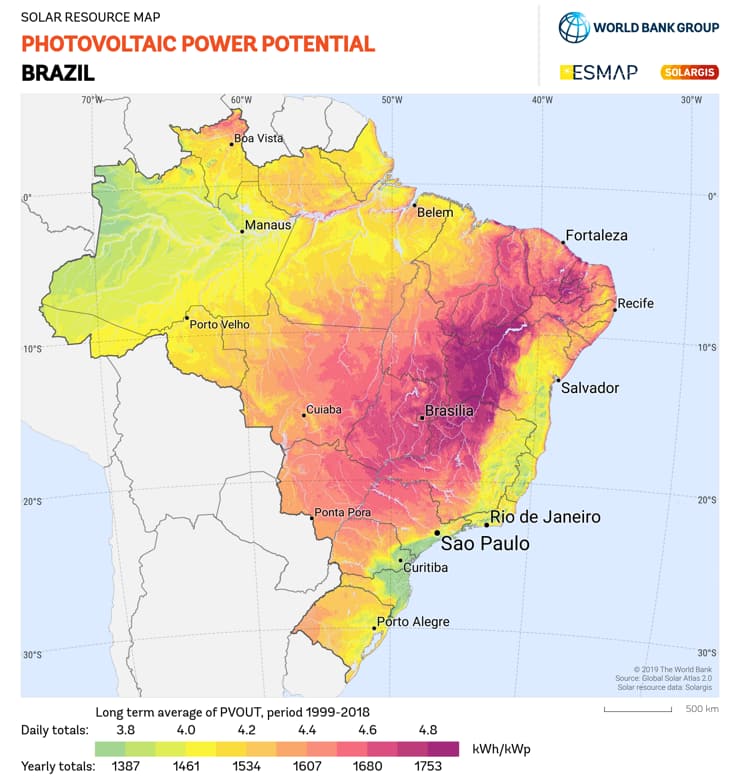 GALP's deal with SER Energia involves the acquisition of 4.6 GW of PV projects under development across Brazil, while its agreement with Casa dos Ventos covers a 216-MW cluster of wind farms under development in northeastern Brazil.

The company, which says it is currently the third largest oil and natural gas producer in Brazil, previously agreed in October to acquire two portfolios of solar projects under development in the states of Bahia and Rio Grande do Norte—also from SER Energia—with capacities of 282 MW and 312 MW, respectively.

"Brazil has boosted GALP's growth over the last 12 years, through our main pre-salt production projects," Georgios Papadimitriou, GALP renewable energies and new business chief operating officer, said in a statement announcing the latest deals. "We are now adding a new engine of growth, leveraging Brazil's vast potential in renewable energies, and rebalancing our business in the country in line with our ambitions of transitioning to a cleaner energy model."

The company expects 4 GW of its 9.6-GW renewable portfolio to be online by 2025 and hopes to have an operating capacity of 12 GW in the sector by 2030, it said. It already has 1.2 GW of solar capacity online in Iberia.

GALP is committed to reshaping its portfolio and diversifying its project pipeline, the spokesman said 25 May. "Leveraging our prominent position in Brazil as [an] oil and gas producer was a clear strategic move," he said, adding: "We are building on that strong basis to transform our business portfolio by expanding into renewable energy, in which Brazil has a vast potential."

At home in Portugal, meanwhile, the company is looking at several options, including onshore wind, the spokesman said. No technology is off the table, he said, adding that GALP sees "robust potential" in colocation or "hybridization" of solar and wind farms.

GALP wasn't the only Western European company successfully hunting Brazilian renewable energy assets in Brazil in early May. On 5 May, Engie Brasil Energia paid up to Real 265 million ($52.24 million) for an 882-MW portfolio of operational and development wind projects in the northeastern state of Bahia.

"We continue to be alert to the opportunities of acquisitions for furthering and accelerating our long-term growth in renewable generation. Now including Assuruá, our portfolio of projects at an advanced stage of development has reached the 3 GW mark," Engie Brasil Energia Chief Executive Eduardo Sattamini said.

Engie Brasil Energia ended the first quarter of 2022 with an installed capacity of 8.44 GW, much of it hydro-electric plant, which was responsible for 66% of overall Brazilian electricity production in 2020.

Engie Brasil Energia says it is the largest private-sector power producer in Brazil, accounting for about 6% of the country's capacity. Beyond its hydro fleet, Engie is also among the top 10 solar PV generation operators, according to S&P Global data.

When it comes to pipeline projects, the 766-MW Sol do Cerrado and 701.5-MW Futura II developments are the largest currently under way and will enter service by the end of 2022 and in 2023, respectively.

Brazil's energy regulator, the National Electric Energy Agency (ANEEL), said on 6 May that 186 MW of renewable capacity came online in April. There were increases in the states of Bahia, Minas Gerais, Piauí, Rio Grande do Norte, and Roraima, it added.

As of 2 May, Brazil's installed power capacity totaled nearly 183 GW, according to ANEEL. Of this figure, some 83% was considered sustainable. With more than 66% of Brazil's power output hydro, a historic drought in 2021 ramped up demand for diversifying the generation stack, although reservoir levels ended the 2022 wet season at 10-year highs.

When it comes to solar, one potential hurdle to continued long-term increases in installations is a distributed generation law that will increase transmission network charges, said S&P Global Research Analyst Angel Antonio Cancino. The legislation proposes a 10-year transition from the current model, said Cancino, with projects already connected to the grid authorized to operate according to existing rules until 2045.

Cancino said the new legislation will see developers moving quickly with projects in an effort to overcome higher tariffs so they can offer cheaper power purchase agreements to buyers for as long as possible.

Beyond the sectors GALP and Engie ramped up their presence in—onshore wind and solar—with their May purchases, the next growth engine is expected to be offshore wind.

In late January, Brazil took a first step toward a regulatory framework for offshore wind by issuing a decree creating the conditions for the leasing of seabed areas. The government tasked the Ministry of Mines and Energy with defining the areas of seabed that will be available and carrying out auctions. The decree said bids will be judged on which provide the highest economic return for Brazil, without going into any further detail.

Brazil's potential for offshore wind development is based on the length of its coastline, the depth of waters available, and the strength of the winds that blow off its coastline, especially in waters adjacent to northeastern states (see map below). 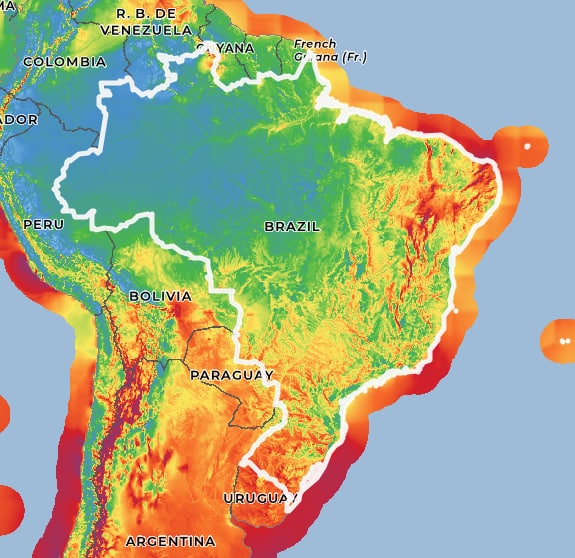 Competition in the offshore wind sector is expected to be fierce though. Permits for some 80 GW of capacity had already been submitted by February, according to S&P Global data. Government ministers have talked up a figure of 700 GW of offshore wind development potential, which is optimistic. According to Abeeolica, the first offshore wind auctions, which will see high demand, could take place later this year, with operational turbines turning by 2029 or 2030.