Official estimates show coal and natural gas will account for almost 70% of new power capacity expansion in Southeast Asia this year, putting the region further away from its renewables expansion target.

The Association of Southeast Asian Nations (ASEAN) is aiming for a 35% share of renewables in installed generation capacity by 2025, and the latest available official data suggests that 33.5% of the 285 GW capacity in the region was powered by renewables in 2020.

But coal is set to represent 30.9% of the capacity additions of 14 GW in ASEAN member states this year while gas makes up 38.5%, according to estimates from the ASEAN Centre for Energy (ACE), a research body of the intergovernmental organization. 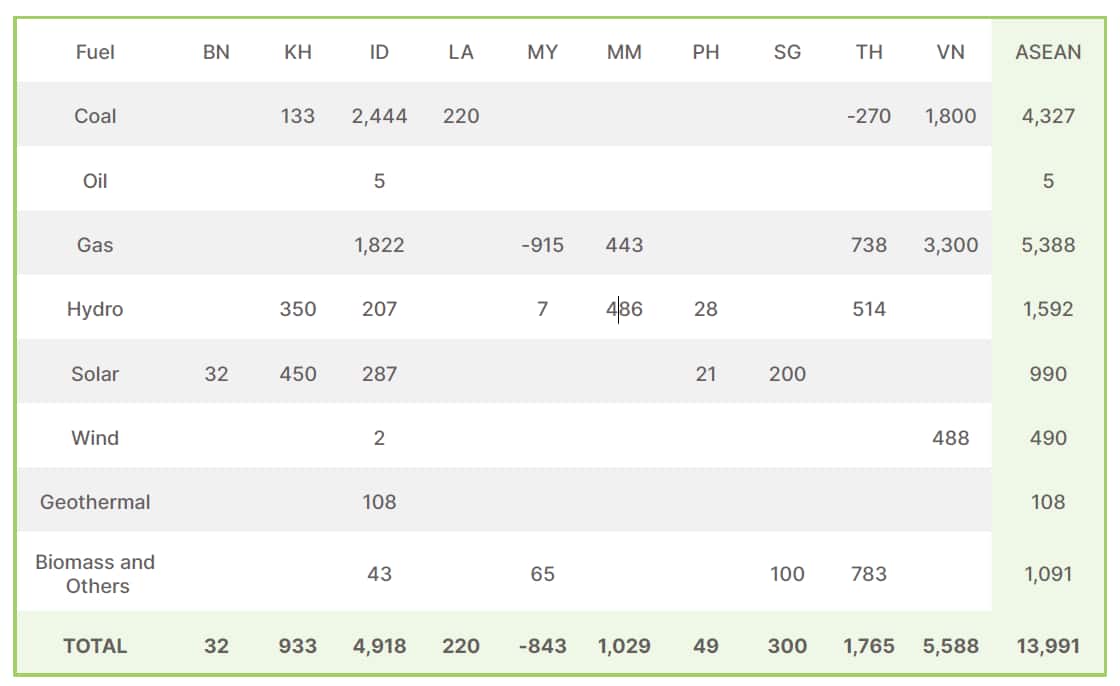 Looking forward, the researchers said ASEAN member states could seek to reduce energy usage of the building, transportation, and industrial sectors. Some of the sectors saw reduced energy demand during the COVID-19 pandemic. 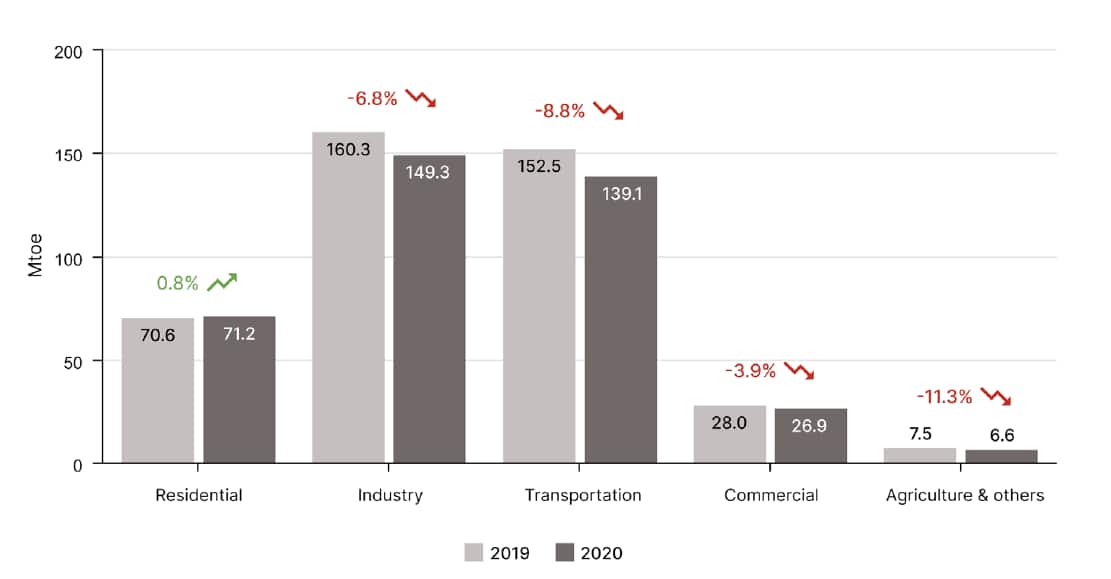 The ASEAN researchers said Vietnam will be leading the region's energy buildout this year by commissioning 1.8 GW in coal-fired capacity, 3.3 GW in gas capacity, and 488 MW in wind this year to meet growing electricity demand.

"Fossil fuels will continue to be the backbone of the [country's] power sector for the short- to medium term," they said in the ASEAN Energy in 2022 report published in March.

The country has targeted a 51% share of renewables in capacity additions between 2021 and 2030 in its recent power development plan (PDP), but the ASEAN report points out only 0.9% of Indonesia's $49 billion post-Covid stimulus package was devoted to the energy transition.

Cambodia, which holds ASEAN's chairmanship for 2022, will have 350 MW in hydropower and 450 MW in solar added to its capacity, based on the researchers' figures. This is one of the more aggressive renewables expansion plans among ASEAN member states.

"All eyes are on Cambodia right now, watching how its leadership will drive the prioritization of the transition to cleaner energy use," the researchers said.

But she added that state-owned utility Electricite Du Cambodge has yet to take a leading role in planning the grid infrastructure. "There is still no systematic support policies or framework in place for the development of renewables, and the procurement method is not still clear, moving back and forth between tenders and direct negotiation," Zheng said.

There is still hope

In general, the power capacity additions this year were planned last decade. But in 2020-2021, nine of the 10 ASEAN member states pledged to net-zero emissions by 2050 or later to help counter climate change. Some of the commitments were already reflected in their nationally determined contributions (NDCs) submitted to the UN Framework Convention on Climate Change.

"The year 2022 could be a turning point in terms of the ASEAN region's energy transition efforts. More of the member states are aligning their national energy targets with their submitted NDCs," the researchers said.

Indonesia, which has targeted an addition of 21 GW of renewables in 2021-2030, is expected to pass a bill setting out the regulatory framework for clean and low-carbon energy development this year.

"With the issuance of the New and Renewable Energy Law, Indonesia can at least provide business certainty in terms of legal stability for renewable investors," the researchers said. "In addition, ratification of the renewable law will also demonstrate the government's commitment to the energy transition."

Vietnam is still finalizing its eighth Power Development Planning, and a draft released in February suggested a national target for renewables of 45 GW by 2030 and 127 GW by 2045. This compares with 21 GW as of end-2020, according to S&P Global data.

Observers said the Vietnamese government is due to complete the planning later this year and could reaffirm its ambition in renewable expansion.

Moreover, the Regional Comprehensive Economic Partnership—signed by Australia, China, Japan, New Zealand, South Korea, and the 10 ASEAN nations—came into force 1 January. The trade pact is the world's largest free trade agreement, and it applies to renewables investment, trade in equipment, and transfers of green technologies.

"Deals among the member countries will likely leverage investment to assist with the energy transition," the researchers said.

Others are less optimistic about the RCEP's effects in promoting renewable expansion, as the trade deal principally does not discriminate against energy sources based on their carbon intensity.

"I don't see that the trade pact favor renewables over thermal power. In fact, the pact avoids making commitment to dealing with environmental problems," Zheng said.

But Zheng believes ASEAN has a good chance of meeting the 35% target for renewables' share in installed generation capacity by 2025.

"If we consider large hydro as renewables … the target could be met in three to four years, as we do observe every ASEAN country is going through the energy transition to 'greener' and low carbon systems," she said.

Nuki Agya Utama, executive director at the ACE, has urged private-sector investors to join forces with governments to promote the low-carbon transition.

"The opportunities are there," he said in a recent Chatham House event. "The important thing is to make sure that the stakeholders understandable the roles that they have."

But Southeast Asian countries have few measures for punishing GHG emitters. Only Indonesia and Singapore have imposed a carbon tax on major emitters, while Vietnam, Thailand, Malaysia, and the Philippines are studying on carbon pricing mechanisms.

This means investors could face limited incentives in transitioning from coal, the most carbon-intensive fossil fuel, which made up 31.4% of ASEAN's power capacity in 2020 based on ACE estimates.

"While the most recent energy policy announcements indicated the shift to higher renewables shares, none of them proposed viable solutions to retire and replace the coal capacity that is currently serving the baseload," they said. "It will likely take a longer time for the market to see those targets being thoughtfully considered and clearly reflected in new PDPs."

The analysts pointed out that 28 GW of coal power capacity in Vietnam, Indonesia, and the Philippines was less than five years old as of January 2022, and those accounted for 39% of the three countries' total coal-fired installed capacity. In addition, sizeable coal-fired power plants are also under construction.

"It is very unlikely that these ASEAN countries will retire all the young capacity … by 2040 unless there are other more economical technologies available, which could supply low-cost power and make up the revenue loss from early retirement of the coal assets," they said.