The US government plans to harness its $650 billion purchasing power to set an example for large Fortune 500 companies to join a global effort to drive demand for low-carbon technologies and to decarbonize their industrial supply chains by the decade's end.

Launched 4 November at the UN COP 26 meeting, the First Movers Coalition is a joint initiative of the World Economic Forum (WEF) and the Office of US Special Presidential Envoy on Climate John Kerry that creates a platform for companies to make purchasing commitments for raw materials, such as steel, cement, and petrochemicals, that are manufactured using low-carbon technologies that are not yet commercially viable.

Their goal is to create and drive demand for these decarbonized technologies, which include the use of green hydrogen that is gleaned through electrolysis powered by renewable sources or from natural gas supported by carbon capture and storage technology (blue hydrogen).

Announcing the initiative two days prior to its formal launch, US President Joe Biden said on 2 November "the U.S. government is going to use our enormous market power as the world's largest buyer of goods and services" to set an example for these corporations that make up the coalition.

And these companies will be "critical partners" in this endeavor, Biden added.

According to the International Energy Agency's net zero roadmap released in May, roughly half of the emissions reductions needed to reach the critical 2050 climate target of keeping the global temperature increase under 1.5 degrees Celsius, when compared with pre-industrial levels, rely on new and emerging technologies.

The First Movers Coalition started out of the gate with 34 of the world's largest companies that represent eight major sectors—steel, shipping, aluminum, concrete, trucking, aviation, chemicals, and direct air capture—that the WEF said are responsible for nearly a third of global GHG emissions.

The idea is that these participating companies will commit to buying products with a low-carbon footprint to help develop green supply chains and meet the world's climate goals. 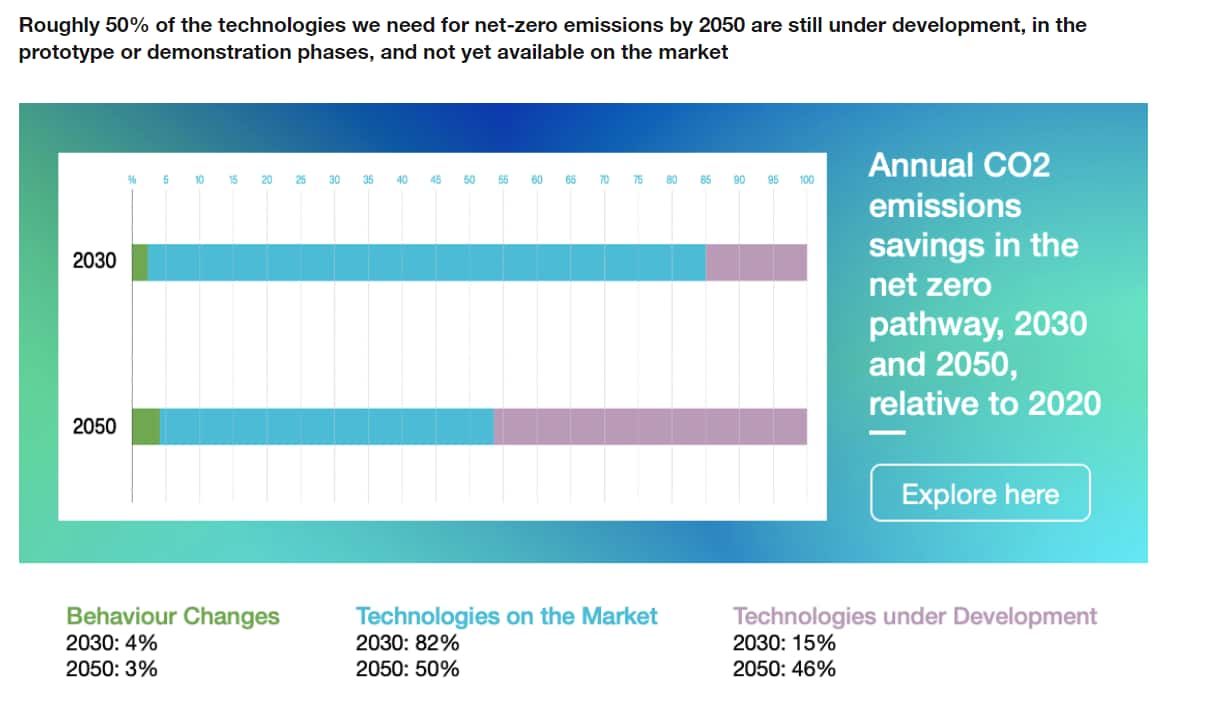 World Economic Forum President Børge Brende said technology advancements have yielded tools to reduce global GHG emissions and build a stronger and more inclusive economy, but for innovators and investors to play a role in tackling the climate crisis, "they need clear market demand" which First Movers Coalition can provide.

At the coalition's launch, Kerry said this is a critical decade for the world to meet its climate goals. "We not only need to deploy as rapidly as possible existing clean energy technologies, such as wind turbines, solar panel, and battery storage, but also drive innovation for our long-term decarbonization goals," he said.

For observers like IHS Markit Research and Analysis Executive Director Paul McConnell, this initiative, unlike others, is "essentially creating guaranteed demand for low-emission technologies, and in doing so creating momentum and driving costs down."

Cemex, a Mexican multinational construction materials company, is among the First Movers that already has committed to a net-zero goal in its sector by midcentury and counts itself among the UN Race to Zero coalition. The venture capital unit of Cemex on 2 November announced its plans to invest in the Swiss company Synhelion that has developed a technology to use extremely high temperature of solar heat to turn CO2 into synthetic drop-in fuels, such as kerosene, diesel, and gasoline, that can in turn be used to manufacture cement.

Another First Mover, Trafigura, has committed to own and operate six ammonia-carrier vessels which will be converted to use low-carbon ammonia as their primary fuel source by 2030, if technically feasible.

Trafigura also has committed to working with the First Movers Coalition to agree future purchasing commitments for low-carbon aluminum, to "incentivize and work with producers and consumers of aluminum to decarbonize the industry."

"The First Movers Coalition is an important initiative that will drive investment in technologies and solutions to achieve net zero. In the shipping sector, this marks another important signal by industry of its willingness and readiness to decarbonize," Trafigura Chairman Jeremy Weir said in a 4 November statement.

The #supplychain crisis is the first major disjunction of its kind to the global system in 30 years & @IHSMarkit ex… https://t.co/rD6fPOLddR

New @IHSMarkit analysis: Why a ban on US #LNG exports would risk higher prices for domestic consumers, be detriment… https://t.co/UJSIRMTDRx